Kanye West Cut This Guy in Line for American Idol

As I watched Kanye West’s inspiring American Idol audition, tears streamed down my face as he oozed humility and delivered one of the most beautiful variations of “Gold Digger” I had ever heard. His voice was like that of a cherub who had just received the gift of song as he delivered brilliantly crafted lines like, “I pulled up in the Benz, they all got up in//We all went to Den and then I had to pay”. Kanye, don’t worry, I’ll pay for you if you ever get me pregnant. You’ll never have to worry about picking up the Denny’s check if you’re with me, baby.

It truly takes guts to get out there in front of the judges, but I think it’s safe to say that Kanye really delivered. And let’s not forget what really led Kanye to receive his ticket to Hollywood: Kim Kardashian’s passionate finger-crossing ritual. Some say that when Kim K crosses her fingers, she can will the universe to do whatever she pleases.

In an attempt to get as close as possible to the King and Queen of entertainment, we posted an ad on Craigslist to see if either of the royals would respond. Instead, we found this guy. Ladies and gentlemen, meet the dude who Kanye West cut in line at American Idol!!!

Ok. How does it feel to have been in the presence of The. Kanye. West.???

FUCK THAT ASS HOLE! Let me tell you something about Kanye West. First of all, he smells like pickled eggs. That’s right, pickled eggs. Second of all, as he so RUDELY cut me in line, him and his ‘wife,’ dropped like five $100 bills on the ground, noticed them, and then turned to Seacrest and said, “For the peasants.” So that’s how I fucking feel AMIRIIITTTEE FAMMM??? $500 IN MY POCKET YEAAUHH! [takes a selfie with his mother and grandmother]

Interesting. Well, um, what about your audition? How did that go?

WELL. I prepared an a cappella version of Dre’s “Nuthin’ But A G Thang” but Kanye had to go and pull that shit right out from under me. [begins flossing his teeth] But don’t worry, JLo gave me one of those looks that says ‘meet me after the taping boo,’ so I knew it was all worth it. No matter what, I know I always look fresh. [smiles and offers me some floss]

Do you enjoy Kanye’s music?

I’m sorry, I’m not quite sure I understand that response…you do know Ryan Seacrest is straight right? And that Simon Cowell is no longer a judge on American Idol?

Whatever man. This interview’s for Rolling Stone right? Hey, here’s my mixtape, see what you can do with that [winks at me].

Weezus, out. [drops his floss, walks around the corner, and then comes back after 5 minutes to retrieve his floss] 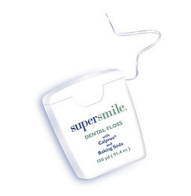